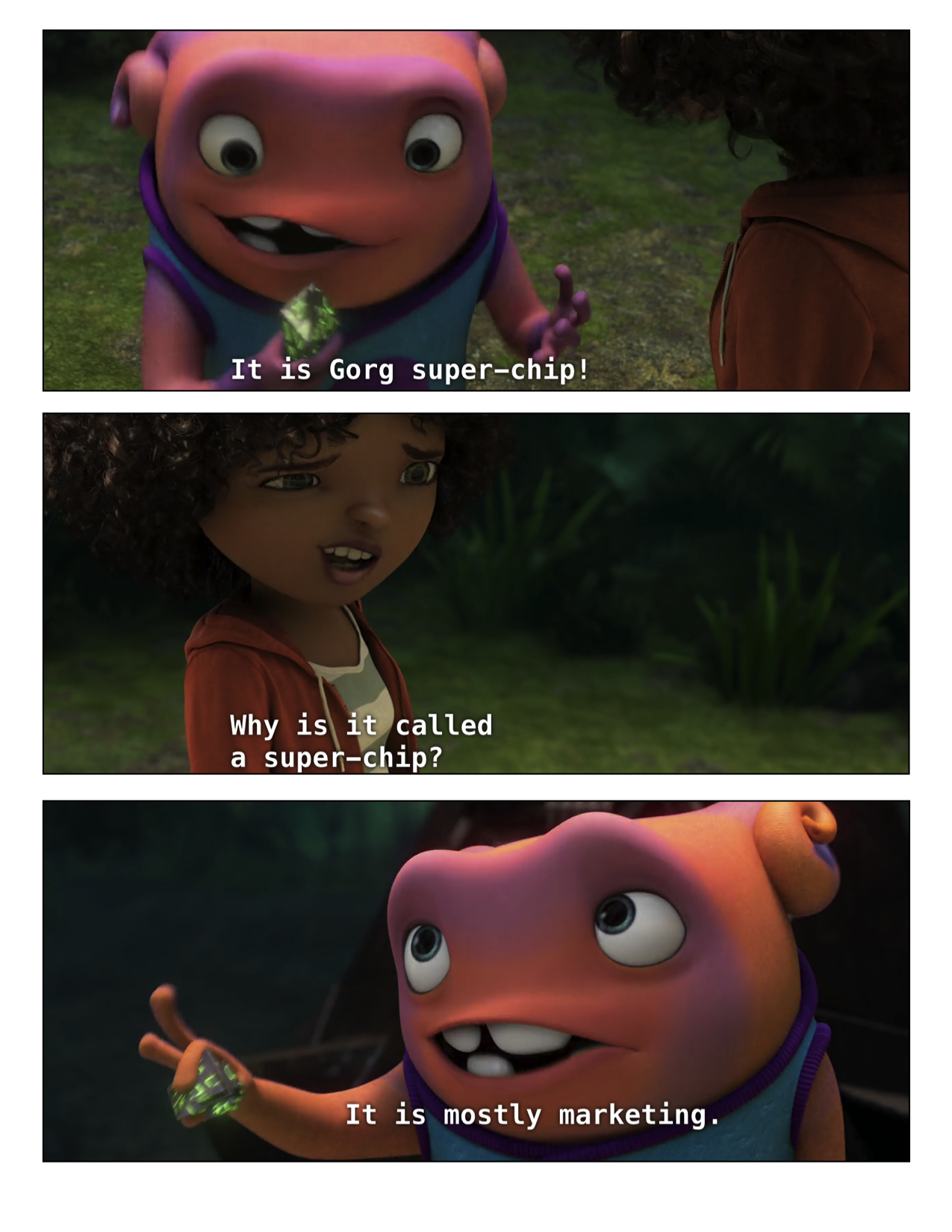 You’re Not Diversifying, You’re Tokenizing:  A Message to The Bike Industry

The Desperate Need for Authentic Equity in The Bicycle Industry

Why the Bicycling Industry May Never Be Truly Inclusive

Inclusion as a Marketing Tactic

When companies try to reach out to marginalized communities, what does inclusivity really mean?

Over the past few years there has been a rise in awareness of who is missing in mainstream American marketing.  Within the bicycling industry there was a brief focus on people of color and recently there has been a large push to focus on women.    While it is great to see some more diversity in the visual portion of the industry – the lack of authenticity is not unnoticed.

This topic is too large to cover in just one article.  The primary focus here is on the representation of women and people of color.  Other communities with little to no representation include but are not limited to: transgender, gender non-conforming, disabled riders and non-English speakers. Hopefully soon there can be more real inclusion and representation for all marginalized communities. 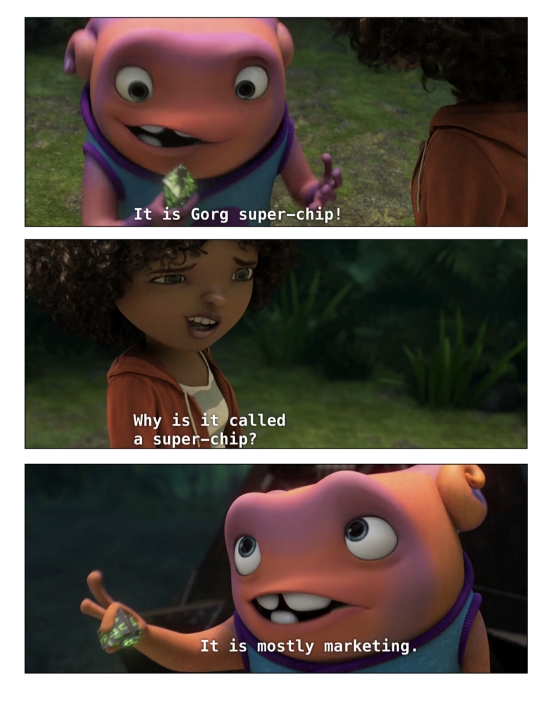 When a company decides to begin a marketing campaign that ‘includes’ women or people of color, what is the strategic plan behind that?

The most accurate quote describing most ‘inclusion’ campaigns is from the DreamWorks movie Home.  When the main human character, Tip, asks the main alien character, Oh, why the ‘Super Chip’ is called The Super Chip.   Oh responds: “It is mostly marketing.”

That covers 99% of the new wave of inclusive advertising.  Just a marketing technique to gain revenue, not an actual campaign of inclusion beyond consumerism.

Now some might say to that: What’s the problem with opening up to a new target market?  The problem is that most companies are using the faces and stories of women and people of color to sell products and create large revenue that never benefits the communities they claim to ‘include.’  Women and POC (people of color) are seen as an untapped market verses a section of the community deserving actual respect, real representation and an on-going benefit to the inclusion.

On the other hand, if your marketing campaign is only to post images of certain marginalized communities on your website, yearly report, or other advertising and don’t hire any marginalized persons in your shop or at your company in high level positions, you are only exploiting these communities for your own benefit.  You are not being inclusive you are being exploitative.

Again, one might argue: I’m trying to be inclusive by adding images of (insert marginalized community here) to my company.  It’s not my intention to exploit.  To which I refer the quote: The road to hell is paved with good intentions.  Businesses, companies and shops may advertise that they are “open to all cyclists” yet without true representation the intent isn’t felt on the other end.

Exploitation doesn’t mean the experience for the marginalized person who has now become a potential customer is negative, it means it’s inauthentic.  There may be an increase of pictures of women or inspirational quotes and other propaganda – yet the staffing remains primarily cis, male and white.  Just a few of some important questions to ask while creating your inclusion campaign: When the company did consulting for the ad campaign – did they consult actual representatives of those marginalized communities?  How many women, POC, queer or Trans persons were directly involved in consultation and/or creation of said campaign?  Did a group of cis male white folk create the inclusion campaign?  Are any marginalized persons benefiting from the campaign on an on-going basis? What is the long-term plan to keep the community included?  How will the results be weighed?

Many campaigns that seek to include women often, exclude Trans women.  If the idea is inclusion of women, that must include all women.  The majority of the people featured in these women focused marketing campaigns tend to be cis female and white.  Subsequently, the spaces created through the marketing primarily reflect that.  A lack of authenticity comes from lack of diversity and inclusion within a market created to promote diversity and inclusion.  Bicycle apparel and much gear is highly gendered.  Even bicycles are most often gendered – yet bicycles have no gender.  Trans women, as well as gender non-conforming folks, have been in the cycling community since the beginning, yet continue to face adversity and no representation.  Non-binary folks often get thrown into the ‘women’ category and are not comfortable in those ‘women only’ spaces.   Many women inclusion spaces and events, on top of being primarily cis women, are primarily white.

Historically, women of color, especially black women have been excluded from women’s spaces.  Much of this has to do with the Western version of professionalism that originates from a Eurocentric-male background.  This version of professionalism is not universal and clashes with other cultures concepts of reasonable behavior.  What one considers polite, another may not.  The difference and misunderstandings with inter cultural communication may not be intentional, yet it is not mutually considered.  The power imbalance creates the need for those of other cultures to adapt to the Western Eurocentric professional standards.  It isn’t considered the same type of professionalism for the communities of Eurocentric backgrounds to adhere to another culture’s standards in Western societies.  The need to alter or mute oneself in an environment intended to create comfort and equality falls short.  This leaves many women of color hesitant to attend women’s events for a lack of representation and mutual cultural understandings.

To be truly inclusive or equitable and not exploitative, in addition to featuring images of women and people of color, companies must also hire the communities they claim to represent.  They must hire the communities they brandish in marketing in higher level positions and pay them comparably to their cis white male counterparts.  Even as some companies are attempting to add some diversity to the employee and work element of their business and partner businesses, that doesn’t mean they will be paid equally.  Yet even with these campaigns, black women are the lowest paid and least hired or invested in.

Another marketing campaign designed to include people of color, is the savior story.  A predominantly white and/or male company operating a program that employs low income youth, individuals of color or women.  Or a company that features a story of an individual within a marginalized community who was ‘saved’ from their inherently negative life outcome if not for the help of the company.  The narrative suggests that without the company’s intervention – these people or individuals would surely succumb or maintain a negative or underprivileged lifestyle. It also precludes to permanently solve all of the person or persons issues with the often one time act.  These stories exploit women and people of color by presenting them as otherwise incapable succeeding without the company.  These projects, campaigns and stories don’t support women or people of color by helping create lasting infrastructure the communities can maintain and benefit from independently.  It ultimately makes the communities reliant on the company for support, as oppose to the companies actually supporting the community.

Lastly, can the real people of the target market in a company’s area, actually gain access to the services or products based on price or location?  Does the price point match the marginalized community’s ability to reasonably include it in their budgets?  Do the products or services match the community’s actual needs?  Is the infrastructure to services and products accessible?  Are the hours of the company accessible to the members of the target market in the surrounding area?

A few things that still stand in the way of truly including women and people of color within the bicycling industry include: poor infrastructure (bad road conditions and lack of bicycle safety), non-inclusive bicycle infrastructure, racist policies and practices, sexual harassment, targeted policing and more.  Not having safe places to ride, real representation in the brick and mortar shops as well as high level positions within bicycle companies and advocacy groups will keep marginalized communities away from bicycling no matter how many women and people of color are posted in advertising campaigns.

What does this all mean?

The conclusion is that real long term investment must be built in place for inclusion to ever be more than a marketing gimmick.  Please note there will be no specific advice here on how to be authentically inclusive.  This is just a statement of the current state of marketing within the bicycle industry.  Without representative leadership or paid consultations by the communities being sought after – the industry can never be truly inclusive.  In the long run, having more marginalized communities able to access and consume more within the industry is only for the best.  The currently wave of marketing falls incredibly short of this.  If there are not enough representatives of other communities how can one even know what they are missing?  Inclusion is not having one black person or one cis woman.  It is not having your only marginalized members being the forefront of a campaign, the center of a picture or the story of the week.  That’s exploitation.  True inclusion is a complete culture shift.  It’s valuing people, not just their money. 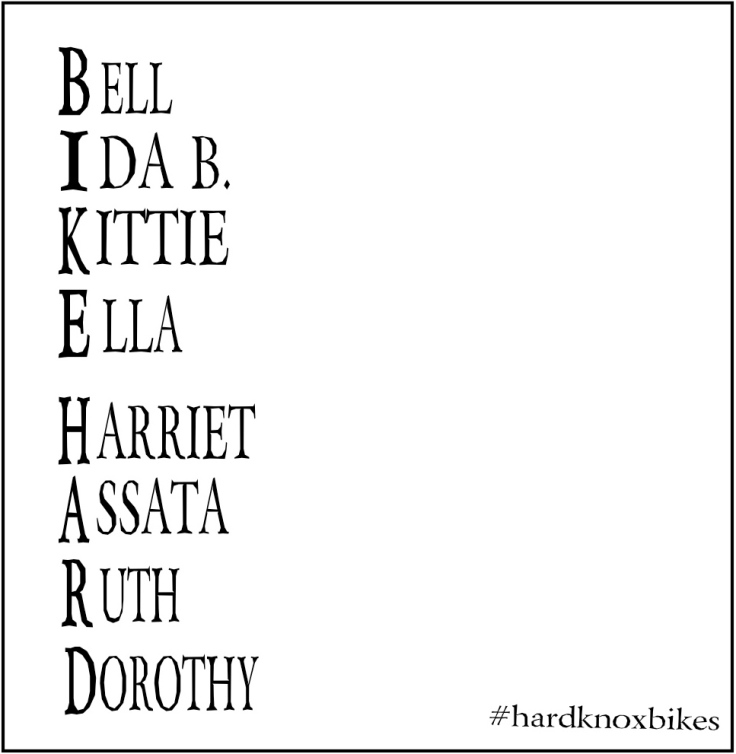 Organizations to pay for their expertise:

…and of course Hard Knox Bikes