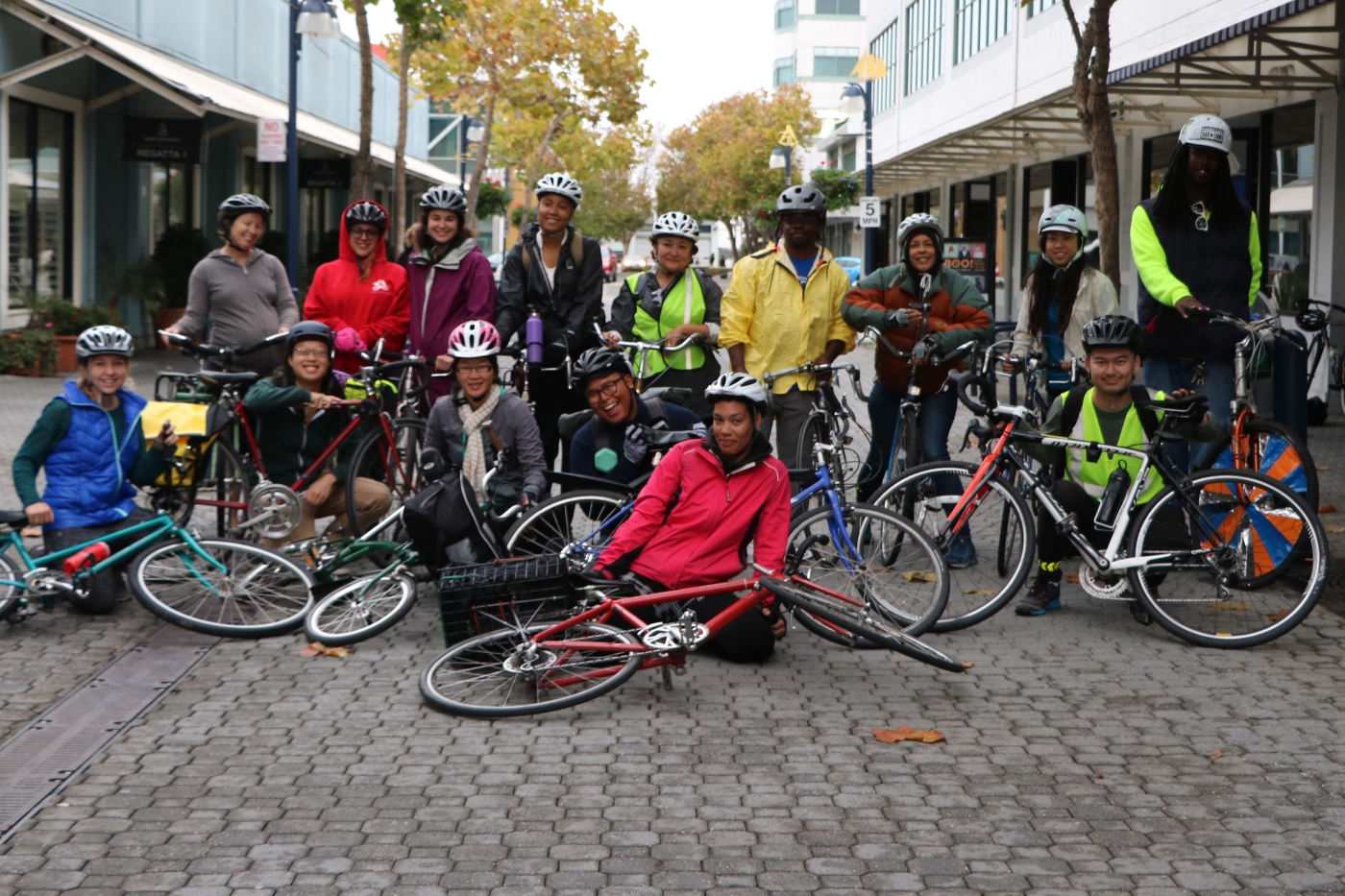 How is Bike East Bay increasing the diversity of leaders in the bike community? We took a big step by hosting the League of American Bicyclists’ first instructor training for women and people of color at our offices this October. 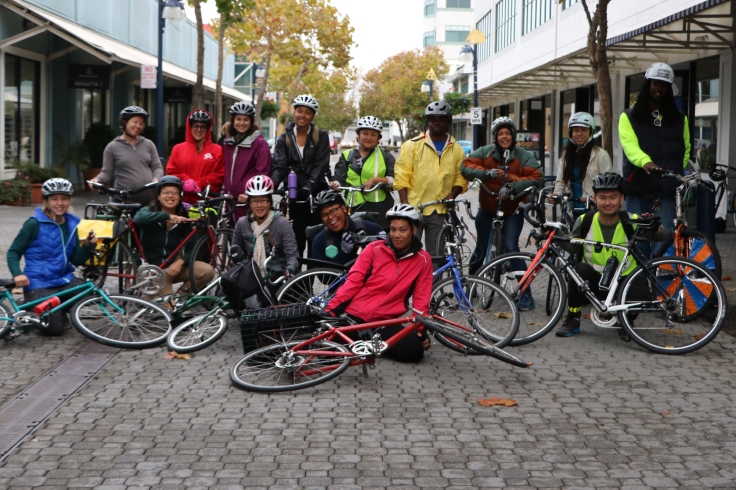 As the founder of Hard Knox Bikes, Binky — who also previously coordinated Bike East Bay’s valet bike parking program — has taught bike mechanics workshops in Oakland for years. While researching how to become a League Certified Instructor (LCI), Binky found the LCI trainings were out of her reach. The intense 3-day, 24-hour training costs $300 and the nearest class at the time was in Napa, which is difficult to access by public transportation.

In an email to the League of American Bicyclists (LAB), Binky wrote:

The lack of access to transportation and/or finances should not prevent anyone from acquiring bicycle safety information along with the ability to share that knowledge with their communities. A class in downtown Oakland, near the BART stations, would allow the easiest access for the most disadvantaged and underrepresented communities to attend an LCI Certification seminar.

Specifically, Binky highlighted the need for a class specifically for women, people-of-color, and transgender persons.

Two hours after Binky emailed the league, Bike East Bay received a reply from the League’s Executive Director Alex Doty asking if he could partner with Binky and our group to bring an LCI training to Oakland.

Over the past year, Robert had been working to recruit more racially and geographically diverse instructors to our education program. The first reason was entirely practical. Instructors who live in the communities where classes are taught know the best biking routes across town. Secondly, our bike education instructors are more invested in bringing better bike infrastructure to their neighborhoods. Many of the 28 active bike instructors in our program are part of bike advocacy efforts in the cities where they live.

We found there was a huge demand for instructor training. Over 40 women and people-of-color applied. By securing a very generous sponsor, Bay Area Bicycle Law, we were able to bring in a League trainer to provide this class free-of-cost for 15 participants.

Simply having these 15 attendees in the room was a huge start. However, more needs to be done to change the curriculum and class environment to welcome participants who come from outside white and middle-class backgrounds. After receiving feedback about his presentation skills, one of the participants had to explain why he was having trouble speaking fluently. He said he was trying to not speak Ebonics. We believe he would have been much more successful in a class speaking his home language — like when he’s leading youth programs in East Oakland — rather than feeling pressure to use mainstream English.

“There was a missed opportunity to learn from the people in the room,” said Dan Hernandez, our education program’s Lead Instructor who assisted during the training. “They’ve struggled and adapted to needs in their own communities. One size fits all didn’t fit this really diverse group.”

Bike East Bay believes this women and people-of-color specific training was an important first step to making the League’s Smart Cycling curriculum more accessible to people from diverse backgrounds. Most importantly, we learned that the instructor trainings need to be an opportunity not only for participants to learn from the coach. It is also crucial that both the coach and attendees share and learn from each others’ experiences.

Education Director Robert Prinz wants future instructors-in-training to know, “You’re invited to this training because we value your knowledge and experience. This training needs YOU, not the other way around.”

Want to get involved in bike education in your community? Come check out Bike East Bay’s work at our upcoming Urban Cycling 101 class series. These two classes fulfill prerequisites for attending a League Certified Instructor training.

Complete details and registration are online at BikeEastBay.org/UC101.

Bike East Bay thanks Bay Area Bicycle Law for their commitment to making bicycle education accessible to a broad and diverse audience.